When Everything is Not Awesome 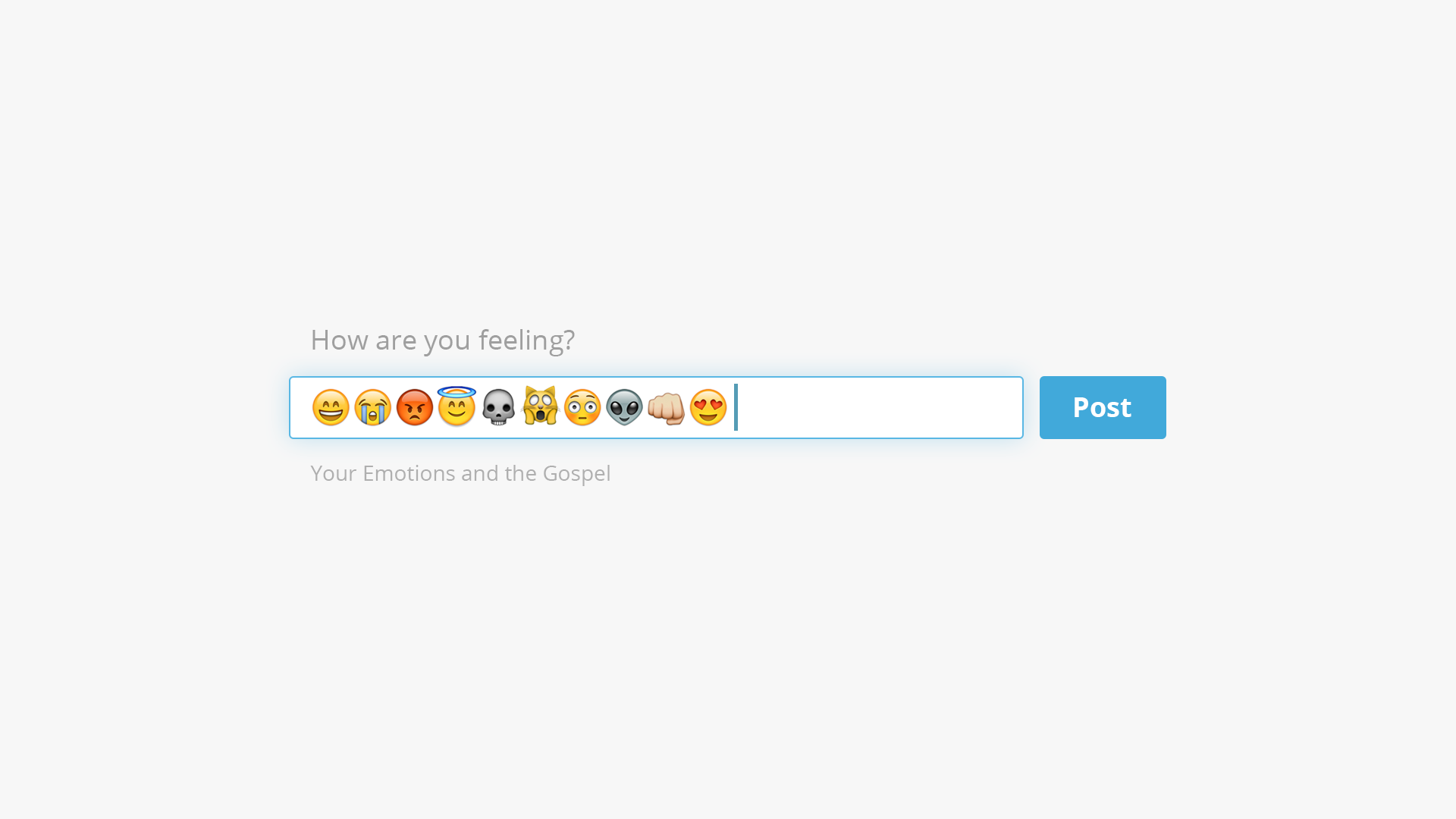 Let’s take a look at Psalm 33:1-7 and begin considering how the gospel can recover our sense of awe.

1 Sing joyfully to the Lord, you righteous;
it is fitting for the upright to praise him.
2 Praise the Lord with the harp;
make music to him on the ten-stringed lyre.
3 Sing to him a new song;
play skillfully, and shout for joy.

4 For the word of the Lord is right and true;
he is faithful in all he does.
5 The Lord loves righteousness and justice;
the earth is full of his unfailing love.

6 By the word of the Lord the heavens were made,
their starry host by the breath of his mouth.
7 He gathers the waters of the sea into jars;
he puts the deep into storehouses.

Notice verse 4, which will lay the foundation for us. This verse tells us that all of God’s work is a reminder of his faithfulness and proof that what he has promised is “upright” or without deception. His promises really are gospel, good news.

And this is critical for us to understand because we are not prone to consider anything truly upright, let alone God. We tend toward skepticism of everyone and everything. But here’s the key: when we expect deception from God, we will never shout, praise, give thanks, and sing about him. Nobody sings praise to liars.

In verses 8 and 9, the Psalmist continues to proclaim the incredible, mighty actions of God. He says that all these acts have their template or origin in the unimaginably awesome act of creation, when God literally spoke everything into existence. This should be awe-inducing for the whole world, including us.

But it’s also hard to shout and praise, give thanks, and sing out of a wonder of God’s activity when so much of our time is spent attempting to order and control our lives. Our subtle but deep trust in our own cleverness and ingenuity gives us a sense of control in our lives. However, this sense of control disables us from seeing the only one that has awe-inspiring control. He can even control the violent waters!

Our most spirited expressions, our most imaginative and compelling descriptions, and our most vibrant outbursts should be shaped by God. When Dez Bryant made that catch that wasn’t a catch but was a catch, we were wowed. When Mumford and Sons releases a new album, we jump for joy. When we saw Avengers: Age of Ultron, we were utterly gripped. But the truth is, the gospel has something better for us.

Verses 1-3 are reminding us that the gospel of the grace of God in Jesus is something that should be expressed with intensity, variety, and excellence. It speaks of shouting and singing and playing of instruments. Yet far more often, we choose a posture of irreverence, boredom, and cynicism.

In Philippians 4:8, Paul urges the believers at Philippi to practice thinking on the graces and goodness of God. He reminds them and us that the mind or the intellect has a significant part to play in the maturing of our emotions. This is one of the reasons why Romans 12:2 makes the bold claim that the renewal or re-shaping of our minds is a transformative experience.

When our thinking moves from futile and wasteful thoughts to noble and grace-filled thoughts, it has a holistic effect on us. Thinking on the awesomeness of God changes and renews our desires and the emotions that express those desires.

Our brands of fear (which leads to abuse and spiritual slavery) come from our belief that those things which we ascribe idol-power. This belief then clouds and inhibits the fear for the truly sovereign One, who meets us with grace rather than abuse or condemnation. God clearly desires for us to fear Him and stand in awe of Him.

Our ability to fear rightly and recover our sense of awe and wonder is directly dependent on our greatest awe: God. He sets the bar of awesomeness. The remaining verses of Psalm 33 are going to prescribe for us a course of meditation or thinking on some the awe-inspiring character and works of God.

12 Blessed is the nation whose God is the Lord,
the people he chose for his inheritance.
13 From heaven the Lord looks down
and sees all mankind;
14 from his dwelling place he watches
all who live on earth—
15 he who forms the hearts of all,
who considers everything they do.

16 No king is saved by the size of his army;
no warrior escapes by his great strength.
17 A horse is a vain hope for deliverance;
despite all its great strength it cannot save.
18 But the eyes of the Lord are on those who fear him,
on those whose hope is in his unfailing love,
19 to deliver them from death
and keep them alive in famine.

20 We wait in hope for the Lord;
he is our help and our shield.
21 In him our hearts rejoice,
for we trust in his holy name.
22 May your unfailing love be with us, Lord,
even as we put our hope in you.

God has spoken, he has reached out, he has engaged you and me. He has entered history through the Incarnation, he has made Himself and His plans known. And His plans cannot be frustrated or upended. Have you thought on this?

God has a vantage point that nobody has, and yet the One who has such a unimaginatively vast perspective also shapes our hearts. The Psalmist is contemplating both the otherness of God and the personal nature of God. Have you thought and marveled that the One who so utterly powerful is also so personal? We see this most fully in the person of Jesus!

The Psalmist concludes his meditations with considering all the incomplete attempts at rescue that occur in this world, our greatest attempts at mightiness and strength, then contrasts them with the One who has the power to rescue both body and soul. These final verses are a concluding prayer, a prayer that the Lord would “refresh” his people with his steadfast love.

Put another way, this prayer is a prayer that we could truly conclude on today, because it’s asking the Lord to refresh our hearts to reclaim or recover the sense of awe and wonder in the person and work of Jesus, the one who is the embodiment of the character and work of God in our world.

Everything is not awesome. But there’s One who is. So what occupies your mind? What do you think about? What captures your imagination? Take a moment to think on the excellencies and awe-inspiring character and works of God.

Why We Lack Joy